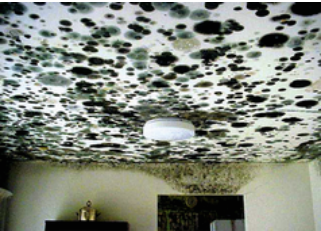 To discuss mould accurately, we must have a basic understanding of what it is and what makes it grow. Only then will we have the knowledge to not only remove the mould but also prevent it from effecting our health and home again.

Mould is a fungi that has been around since time began. It is an organism that helps breakdown decaying materials. In your home, these materials can include earth, timber, plaster, carpets and underlays, soft furnishings and even clothing. Mould produces microscopic cells called “spores” which are so small they can easily spread through the air. Live spores act similarly to seeds, forming new mould growths (colonies) when they find the right conditions.

Mould – What Makes It Grow?

Mould is a very simple organism and like most fungi it only needs three things to grow and multiply:

Out of these three, controlling the excess moisture is the key to preventing and stopping indoor mould growth.

Mould in a residential property is a direct result of condensation and condensation is a result of too much moisture in the air. Inside air is made up of outside air plus whatever we add to it. The occupants of an average home will add up to 15 litres of water to the air per day from breathing, showering, cooking, drying clothes etc. When moist air cools down below its ‘dew point’, such as when it comes in contact with a cold surface, the moisture falls out of suspension. Water then pools on surfaces and runs down walls etc. Glass windows are usually the first place that shows evidence of condensation because they are the coldest surfaces.

What problems can condensation cause?

Unpleasant smells are caused by damp conditions. Damp houses take more energy to heat, feel unhealthy and are unpleasant to live in.

There are many areas in a residential property that can easily have the right conditions for mould to grow and thrive, and there are hundreds of different types of mould including; Stachybotrys, Penicillium and Fusarium. Aspergillus is the most common mould found in residential homes and encompasses 150 species that are all allergenic and related to asthma problems. Some are toxic and carcinogenic. Some other health problems often related to mould in your home are a suppressed immune system, fatigue, headache, flu-like symptoms, allergies, asthma, low energy and sinus problems. Even depression has been linked to exposure to household mould. 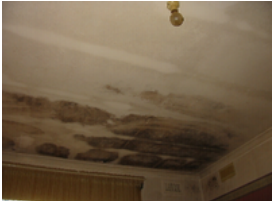 Mould – What Can I Do About It?

First, you need to know where it is, what caused it, and what type of mould you have. This will require an independent trained professional inspector to inspect your home thoroughly and take samples for testing. Only then can your inspector recommend the appropriate action to ensure no recurrence of the problem. The test results will confirm exactly what type of mould we are dealing with and this will determine the method of cleanup and permanent elimination.

There are many remedies you can try immediately, however it is important to get your inspection completed before you try any of these. Although you may be successful in taking away one of the key indicators, this will prevent a complete and accurate diagnosis. Then you will be at risk of the mould recurring. Start with eliminating each of the three things mould needs. 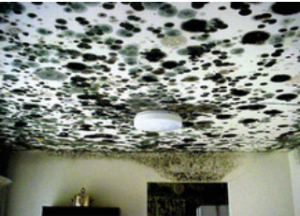 Simply living generates significant moisture in the home. Bathing, cooking, washing and cleaning all release moisture into the air. Humid summer air infiltrating through and around windows, doors, vents, and other openings also routinely contributes to the total moisture load. Increased insulation and draft proofing for energy efficiency also helps to trap the warm, moist air in the living areas, which turns into condensation when it comes into contact with cold surfaces like glass, windows frames, walls and ceiling linings creating the perfect conditions for mould to grow and thrive in. 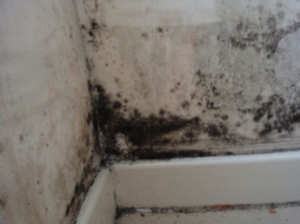 It is often difficult to find a balance between adequate ventilation and maintaining a comfortable living temperature throughout the house during the colder winter months. Our advice is to ventilate the entire house during the day when you’re at work–open the curtains and blinds to let the sunshine in, lock a window partially open in every room and leave the doors open to allow cross flow ventilation throughout the house. Even three or four hours a day will make a significant difference to managing and controlling a mould problem. Draughty houses don’t have condensation problems but are cold and expensive to heat. 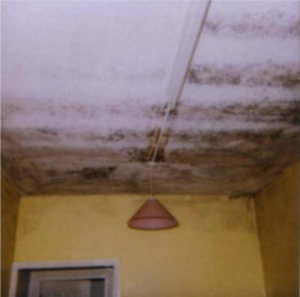 New building standards in Australia require houses to be more energy efficient, usually at the expense of ventilation.

The average family can add over 12 litres of moisture into the home every day. Simpy sleeping generates 0.5 litres per person per night.

Heating on its own does NOT solve condensation problems – the warmer the air, the more moisture it can hold.

Heat pumps (reverse cycle air-conditioners) only de-humidify when cooling and simply re-circulate the stale, moist air when heating in winter.

Dust mites feed on microscopic fungal growth and dead human skin. The magnified photo below of mould and its spores, ready to bloom and contaminate the rest of your home.

Changing Your Habits Will Help

This free information sheet has been provided by Inside Out Property Inspections to help you take care of your most valuable asset.

If you would like further information, we recommend you give us a call on 0431 416 650 or head to our contact page.